Poll of the Week: All About That Broccoli 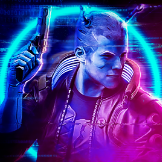