round 8 PNPCs Drs Richardson and Gray - Of Mice and Men 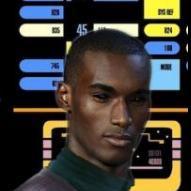