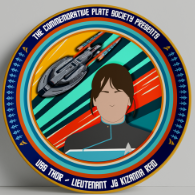 By Kizanna Reid,
August 6, 2019 in Appreciations