Captain Theo Whittaker: A Gut Punch To The Heart 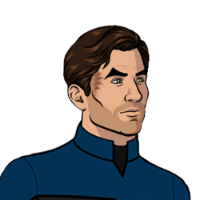