round 7 Lieutenant JG Liani: Calling Out 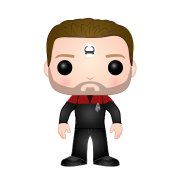