Why did you apply to join our community?

Hello everyone, Just thought I would come say hello. I’ve played various RPGs on and off for quite a while. I got started in what was essentially a chat room where you posted, hit refresh, and sa 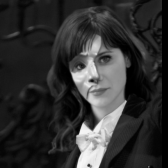 I love Star Trek and I'm hoping to develop my writing skills. I've been trying to get into the habit of writing more often for years. I made it a New Year's Resolution this year, so I guess that makes

Hi, I'm Gary, in-game name is Ferier. I have been Star Trek mad for years back into the early 70's when I was just a lad watching James T Kirk and co, I am proud to say I have watched ToS TNG DS9