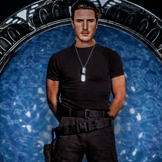 By John Kendrick
December 23, 2022 in Appreciations