Denali Station quotes that have a nice Ring to them.

By Dekas,
June 11 in Appreciations

I'm LIVING for this already @Kettick.        Also really loving the label tag in the signature for the character.     I wanna believe you 🤣 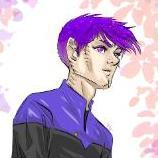 From the narrative of Ensign Sera Nice recovery!  😆